Michelle began dancing at the age of two and has been with Studio Dance for 20 years. She is currently a choreographer for Junior Fantastics. Michelle was a member of the Fantastics competition team for many years and competed in multiple solos and duets at venues throughout the region. She has also performed at Disney World, Universal Studios, and in New York City. She was a member of the ETSU dance team for four years, competing at nationals in Orlando each year, and also had the opportunity to perform in the football playoffs. Michelle is available to choreograph solos or duets/trios for competitions, or work privates to improve technique. She would love to share her passion for dance with you. 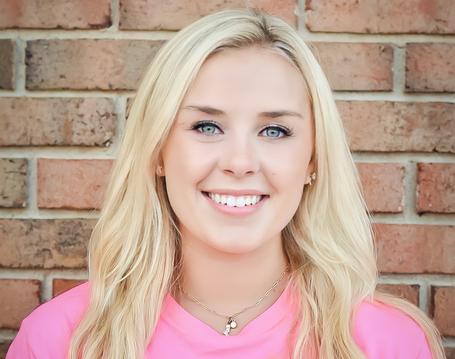 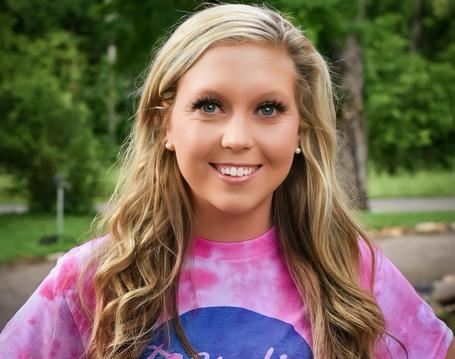 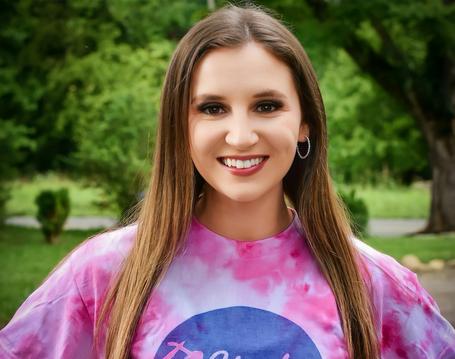 Carsen Whitlock Giles' true passion in life is dance.  It's where her heart is. She says, "There is no greater feeling than moving to a piece of music and letting the rest of the world disappear." Studio Dance has been like a second home since the age of three for her — her mom swears she could walk on her hands before her feet — and through the years she has competed as a soloist and with many groups. Carsen has had the opportunity to dance in New York City, Disney World, and Universal Studios. Her favorite genre of dance is jazz, but she loves it all. Carsen has been an instructor at Studio Dance for a couple of years now and is inspired by the amazing work of Studio Dance's faculty and students. Choreography has allowed her to play a different role, one that she enjoys more each day. She is an ETSU graduate, with a bachelor's degree in Business and a minor in Dance, and spent four years on the university's dance team. Where she competed at the UDA national competition in Orlando all four of her years there. Carsen currently resides in Jonesborough, TN with her husband David and Maltipoo puppy Remy Pogue. You may see him around the studio from time to time! 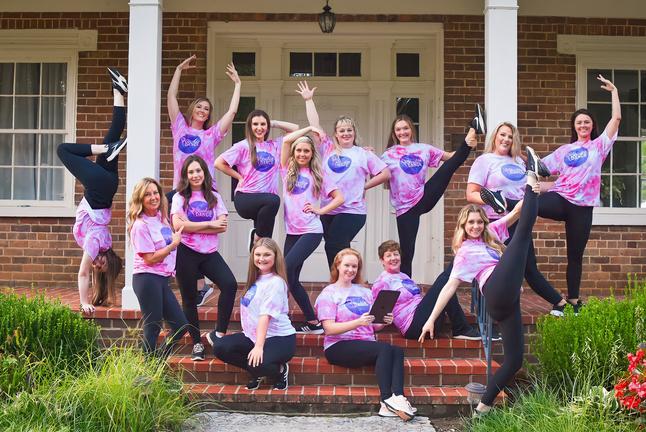 As time quickly goes by and former students start sending their little ones to dance at Studio Dance, all that seems distant but very rewarding. Today, Jo Ann can be found teaching class regularly, advising our outstanding Studio Dance staff that keeps dancers on their toes at our main studio in Johnson City coordinating her fine "Fantastics" dance teams, working up special benefits for St. Jude Children's Hospital, passing along inspirational thoughts to dancers who need that extra touch and offering girls opportunities to dance and study at workshops and competitions in New York City and other dance locales.

Cami Brobeck started dancing at the age of 4, and joined the Studio Dance family in 2009. She is an ETSU graduate with a bachelor’s degree in social work.  She is currently in graduate school at ETSU, to receive her master’s degree in social work.  Cami’s favorite style of dance to teach is ballet, and she loves to work with the preschoolers and 5-7 year old combo classes.  Her favorite thing about teaching is getting to share her passion for dance, while witnessing her students fall in love with dancing for the first time. She has always considered Studio Dance as a second home to her, and is grateful to be teaching at a dance studio where the students and teachers inspire her every day.

Lyndsey was born and raised in Limestone, Tennessee where she still resides with her husband Gareth, daughter Stokley, and their two dogs Daisy Pearl and Moose Biggs. Lyndsey is a 2011 graduate of Tusculum College in Greeneville, Tennessee, graduating with a Bachelor’s  Degree in Psychology.
Lyndsey began dancing at the age of 3 and continued to dance competitively for 7 years. It was then that she decided cheerleading and tumbling were where her talents were best showcased. Cheerleading was the highlight of her life through middle school, high school, and College. Lyndsey was a 4-year member of the Tusculum College Pioneer Cheerleading Squad.  She competed with them in 2008, in Orlando, at UCA College Nationals.
Since 2016 Lyndsey has been a member of the Studio Dance Family. Teaching all areas of acrobatics from beginner to advanced. The Acro Showcase is the highlight of her year, due to it being where her students get to show off all their hard work and talent. Although Acro is her favorite style of dance she does enjoy working with the preschool and younger combo classes to help them find their passion in whatever genre of dance they may like best. She also enjoys working with our Company Dancers to make sure they are not only ready for the competition stage but whatever “stage” life may take them to.
When not at the studio Lyndsey enjoys laying by the pool, reading,  going on jeep rides, and binge-watching Netflix. 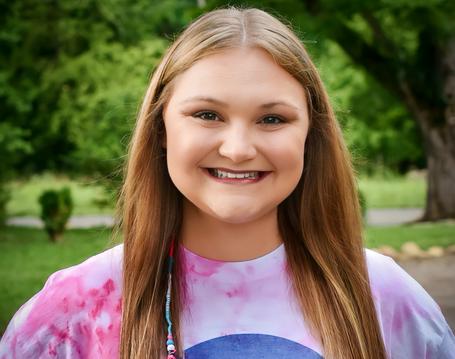 ​Kellie Overstreet - began instruction and choreography with Studio Dance in September of 2005. Kellie has traveled to many cities for training and conventions, including New York; taking lessons at Steps on Broadway and Broadway Dance Center, and under the instruction of many highly skilled and recognized dancers. While in high school Kellie began assistant teaching, and knew instantly that she wanted to teach dance as a career. After high school her passion and love for dance carried her, on scholarship, to Virginia Intermont College in Bristol, VA where she earned her B.F.A. in Dance (Ballet and Modern) in May 2005. During her time at Virginia Intermont, she was also a member of the Cobra Cheerleading Squad and aided in starting the V.I. Dance Team.

Over the past 11 years Kellie has provided instruction in Ballet, Pointe, Lyrical, Jazz/Contemporary, and Tap with Studio Dance. She states “I am inspired every year by getting to witness the growth in the dancers of Studio Dance. It is such an amazing feeling to think that I can have an influence on their love for the art of dance, and that
they learn to appreciate and respect it. There is a lot of talent here, both in the students and the instructors; and it is an honor to work with Jo Ann and the other great staff.”

Kellie is available for choreography to those interested in solo & duo/trio competition pieces, as well as privates for improving strength/ flexibility and technique. Kellie currently resides in Chuckey, TN. Kellie has three children Jaxon, Jullien, and Kynslie who are the love of her life and always keep her busy.

Wendy Berry began dancing at the age of 3 and has now been with Studio Dance for 29 years. During her first performance (as a pink bunny), Wendy fell in love with dancing, entertaining, and the stage. As a teenager, she became a member of the Junior Fantastics, the Junior Elite Fantastics, and later the Senior Fantastics, performing in numerous cities and venues, including Carowinds, Disneyland, and Royal Caribbean Cruise Lines. She has also performed as a triple threat in Paramount's productions of Oklahoma and Bye Bye Birdie.

Wendy began working as a student assistant at Studio Dance more than 18 years ago and has enjoyed watching the girls grow, not only as dancers but as amazing individuals who have come to mean so much to her. In college, she continued her relationship with Studio Dance while also becoming the youngest color guard captain in ETSU history, show choir choreographer for Daniel Boone and Science Hill high schools, and color guard instructor at Gatlinburg-Pittman High School. In her "spare" time, she earned a B.A. in mass communications (advertising) and Spanish. Later she earned her master’s in education. Wendy loves all aspects of dance, especially jazz and tap. She credits Studio Dance for her love of music and the arts.

Katie Potter is from Johnson City, Tennessee. She grew up dancing at Studio Dance, beginning at the age of 3. During the 12 years of dancing for Studio Dance, she met several amazing people and made friendships that she still has to this day. During this time, she grew so much as a dancer and her love for the art of dance flourished. She danced competitively for Studio Dance. Katie grew up competing solos, duets, trios, and group dances for Fantastics. Katie has performed in Disney World and Universal Studios with Studio Dance. After her family moved to Bristol, Tennessee, she continued her dance experience at another studio. Katie continued to dance competitively throughout high school. She also danced at several conventions, like Hollywood Dance Jams where she received two scholarships. Katie is currently in grad school pursuing her Master’s degree in Speech-Language Pathology at ETSU. She danced on the dance team at ETSU and competed at UDA College Nationals in Disney World for 4 years. Katie’s favorite styles of dance are jazz and lyrical. She is thrilled to say she is back where her love for dance began. She is so honored to give back to this special studio and excited to work with each dancer and watch them grow! 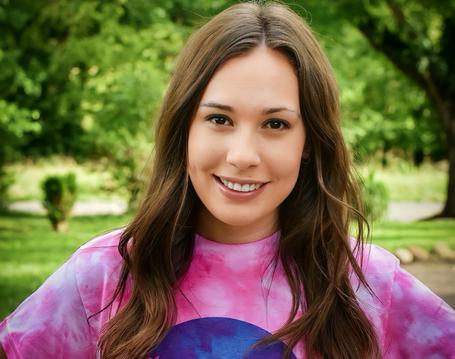 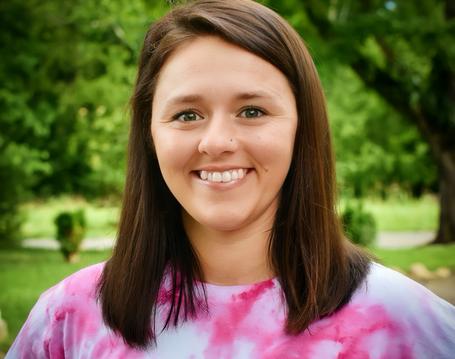 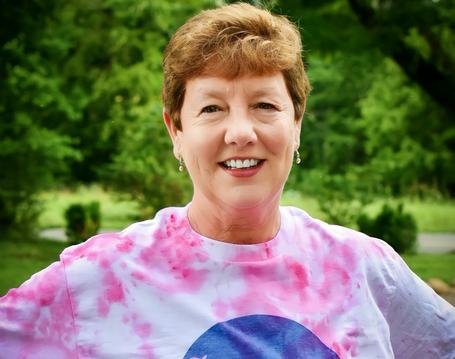 Meet Katie Greene, she has been dancing for 16 years and has been trained in many styles including Ballet, Pointe, Jazz, Modern, Lyrical, Musical Theatre, Tap, Hip-Hop, and Acro. Her passion for dance began at her home studio in Lenoir City, Tennessee where she danced for 14 years and participated in many competitions, workshops, and performances. She is currently pursuing a minor in dance at ETSU where she will continue to grow her knowledge and love for dance. She is so excited to now be with the Studio Dance family where she has the ability to share her love for this art with so many young dancers! 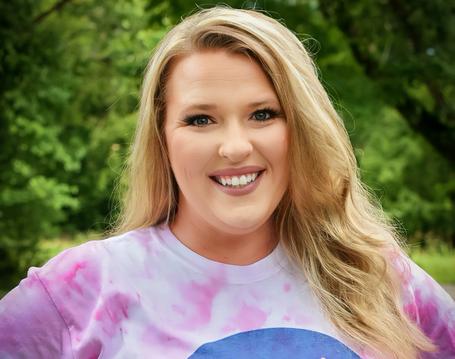 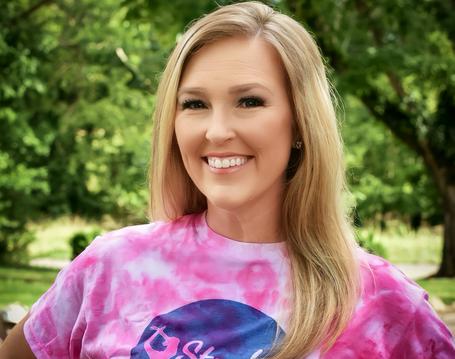 Correna Fowler-Dance is one of Correna's lifelong passions! She has been dancing at Studio Dance since 11 years old and began assisting and teaching quickly after. She is well versed and experienced in all styles of dance. Correna was a member of our Senior Fantastics competition team, duets, and trios competing throughout the region. She was awarded multiple Ballet scholarships from numerous dance conventions; she has also performed in New York City and on Royal Caribbean Cruise Lines. Correna would go onto dance locally for the ETSU Dance Team while studying special education. She moved to California, for five years, to be with family but did not stop with dance. While managing at luxury resorts she was the director of Ballet at a local YMCA. Now with two children, Correna is back in Tennessee and ready to teach once more at Studio Dance. 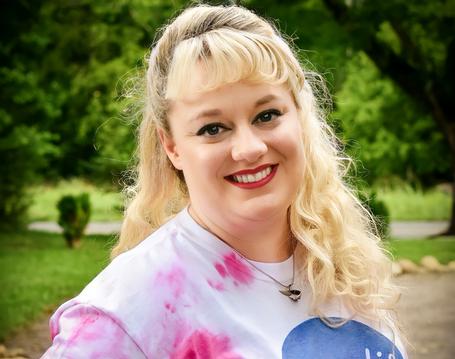